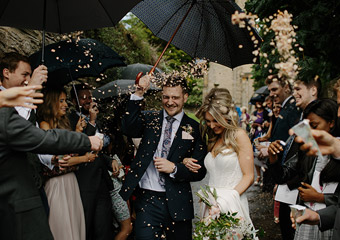 How to take the friction out of stepfamilies

The politics of divorce can rear their ugly head when it comes to weddings. If there is acrimony within a divorced family, planning a wedding will need to be handled with care and sensitivity.

Even if your parents have been apart for years and are now happily remarried, the traditions of weddings force everyone to declare their official position in the bride and groom’s life.

A tough decision for the bride

The first hurdle is: who gives the bride away if she hasn’t lived with her father for years and considers her stepfather as dad? Her birth father may still expect to have the privilege, which puts the bride in a tough position.
A friend of mine’s daughter faced the fallout from her decision not to ask her birth father to give her away. She hadn’t lived with him since she was little and asked her stepfather to give her away. On hearing of the decision, her father refused to come to her wedding.

Ultimately, the decision on who walks the bride down the aisle is hers alone. The bride should choose the person she thinks deserves it so, apart from the father or stepfather, it could be a brother, grandfather or mother. As a compromise, the bride can ask her father and stepfather to share the honour.

Be sensitive to people’s feelings

Often brides and grooms don’t make allowances for the fact that their step-parents are de facto VIPs at their weddings, whether they like them or not. Nor should decisions such as who sits on the top table be based on liking or disliking a step-parent.

The key thing is to navigate through these pitfalls and make sure that the wedding ends up being a happy day. People often act more out of thoughtlessness than from the wish to hurt someone. It’s so easy for couples to forget that other people’s feelings are involved in the decision-making. They have to take the lead from the start and be more sensitive than others.

The idea is not about everyone getting equal billing all the time but working out how to accommodate the guests of honour and make everyone feel included. 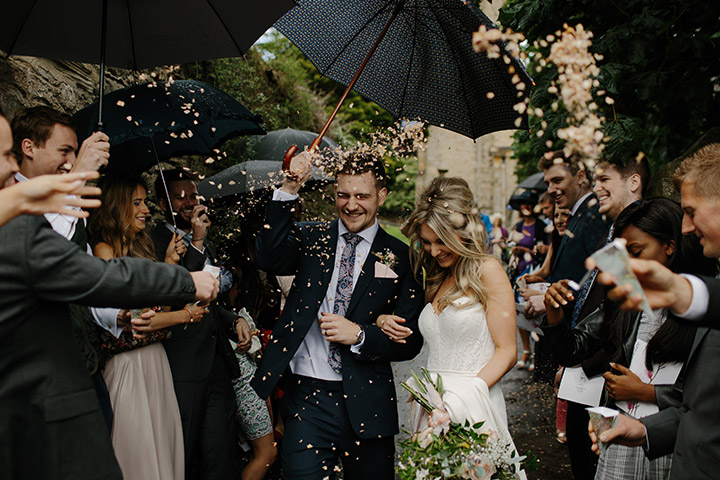 Equal respect for both sides

Little thing are important, such as getting flowers for your stepmother, stepfather and step-grandparents and ensuring at the reception that they are seated with at least one person they like to talk to.

Another potential pitfall to consider is the wedding photographs. When you want to feature both parents in a photo, it is best to include both parents’ other halves as well. If you don’t feel the same way about your step-parents as you do about your parents, you need to treat them with equal respect at your wedding. Chances are that if a relationship is strained with a stepchild, the step-parent will find attending the wedding a challenge. Remember, they are going to be there to support their spouse.

In extreme circumstances where you are concerned about behavior and a history of rows fuelled by drink, talk to whichever parent they are married to and express your concerns. They’ll likely have a quiet word before the wedding to make sure the behaviour isn’t repeated.

Take the lead and smooth things over

You also need to be sensitive to the situation of one parent being married and the other one still being single and without a partner. All these UN peacekeeping tactics doesn’t guarantee that a birth parent will behave appropriately towards their ex-spouse. The couple can take the lead to smooth things over and do their best to avoid creating uncomfortable situations, but the rest is up to the parents and step-parents. Hopefully, you might be surprised how much your efforts are appreciated. If all else fails, consider running away to get married! 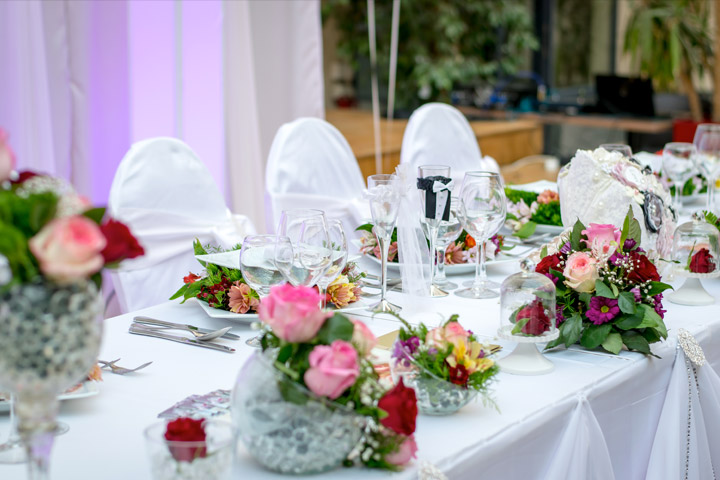 Here are a few suggestions on how to deal with the main sticking points at a wedding:

The seating plan: even if your parents are on reasonable terms, it’s a good idea to seat them at separate tables, especially if there are step-parents too. Divide the most important guests such as close friends and family between two tables so each parent still feels like the head of the table.

The wedding invites: There are lots of wedding invitation templates on the internet which get the order and wording right for step families. It means you won’t risk accidentally leaving a name out or writing it in the wrong order!

Neutral table: Set up a neutral table away from any strained family relationships and, if all else fails, a roll of duct tape may come in handy! Hopefully, everyone will enjoy a harmonious day.