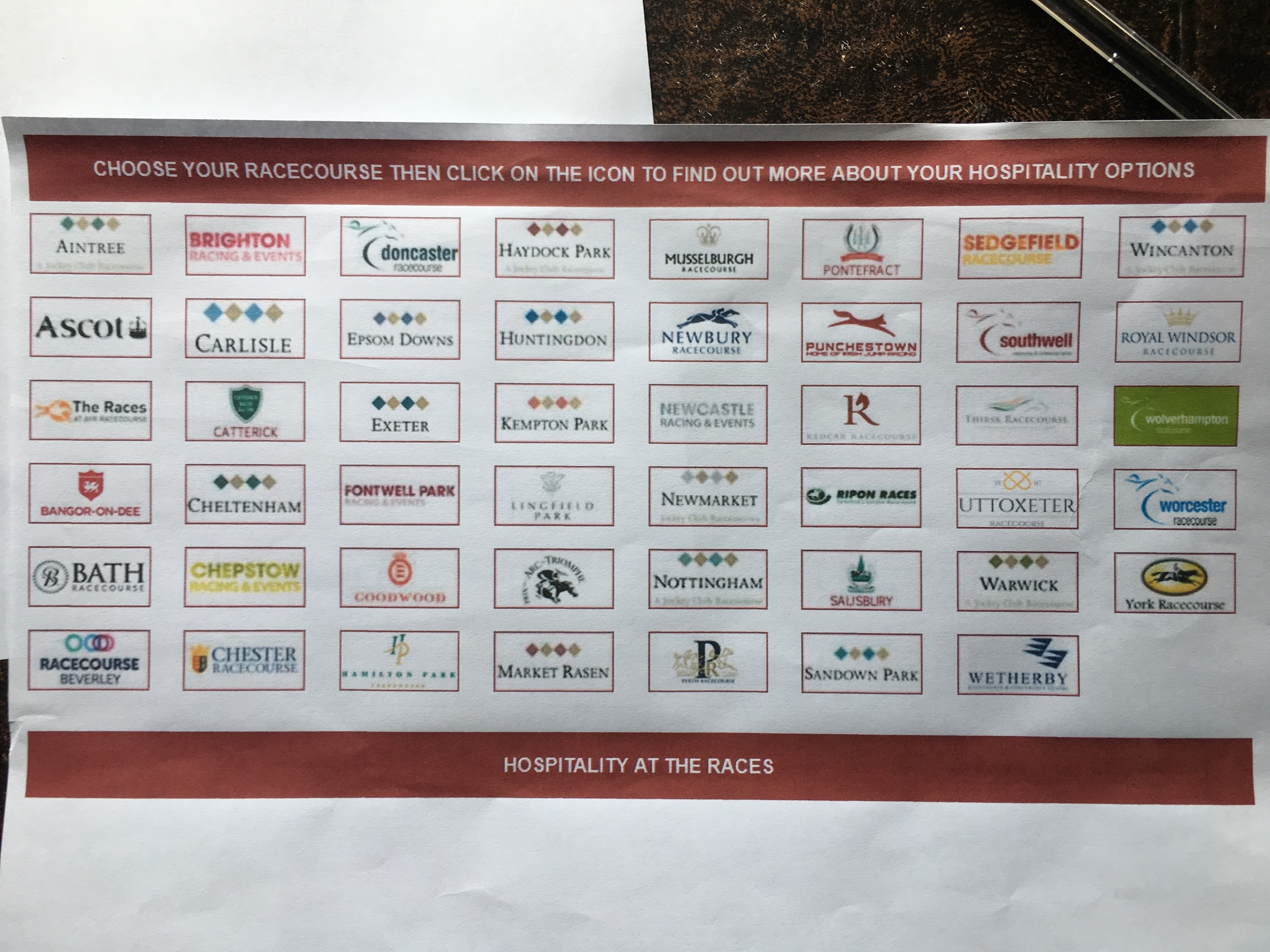 Everyone has heard of the Grand National and the Cheltenham Gold Cup, but they aren’t the only important horse races that happen each year in the UK. There are countless meetings of varying size and importance in the calendar, so if you’re a fan of a flutter and a day at the races you’ll be spoiled for choice. Here are 20 of the biggest UK horse racing events divided into 10 jump and 10 flat races.

The Clarence House Chase is one of the earliest races of the year, taking place in January, and is a highlight during the quiet weeks preceding the Cheltenham Festival later in the year. Punters should wrap up in woollen coats, waxed jackets, scarves and gloves.

Taking place on the second day of the Cheltenham Festival, the Queen Mother Champion Chase runs over a course of two miles and thirteen fences. The Festival takes place in March, so warm coats and sturdy shoes should be worn.

The third day of Cheltenham features the World Hurdle. It’s a three-mile race with 12 hurdles to jump and is known for being a real test of stamina (it used to be called the Stayer’s Hurdle).

The jewel in the crown of the Cheltenham Festival, this race offers plenty in terms of both prestige and prize money.

Held at the beginning of April, the Grand National is one of the most famous races in the world. Over four miles in length and featuring some large fences, it’s one of the most exciting events in the racing calendar.

The Bet365 Gold Cup is a distance of over three miles and features an impressive 24 fences. Coming at the end of April, braver guests can don lighter suits and dresses but keep a jacket handy in case it’s chilly.

Jump season picks up again after the summer, with the first big race taking place at Cheltenham Racecourse in November. Warm coats, tweeds and woollens are the order of the day, as well as sturdy shoes.

First run in 2005, the Betfair Chase is a relatively new addition to the horse racing calendar. It takes place in November and is known for providing some useful betting pointers for the Cheltenham Gold Cup.

Formerly known as the Hennessy Gold Cup, the Ladbrokes Trophy Chase is held in late November/early December and offers an impressive prize fund of £250,000.

The most prestigious jump race of the year after the Cheltenham Gold Cup, the King George VI Chase is traditionally held on Boxing Day. Smart attire is encouraged but dress for warmth too.

The first of the races known as the British Classics, this race takes place in May at Newmarket. Ladies and gentlemen entering the Premier Enclosure are encouraged to dress smartly.

Held the following day, this race covers the same course and distance. The old fashioned title of the race comes from the prize funds of the inaugural races in the early 1800s.

Usually taking place at the beginning of June, the Epsom Oaks is the second of the British Classics. The Winners Enclosure at Epsom requires formal dress for men and women.

The Epsom Derby is one of the most famous flat races in the world and offers the most unique and challenging course in the UK.

Run as part of the Royal Ascot meeting in June, the King’s Stand Stakes is a short and speedy race of just five furlongs.

Royal Ascot encompasses some of the most prestigious race meets in the calendar and has a strict dress code for both ladies and gentlemen, especially within the Royal Enclosure.

One of the grandest of the UK races comes to Ascot in July, and attracts the very best horses from the UK and further afield.

First run in 1776, the St Leger is run in September at Doncaster Racecourse. The dress code for Doncaster is smart attire in the Premier Suite and County Enclosure.

Champions Day is held at Berkshire in October, the highlight of which is the Champions Stakes, which is run over a course of one mile and two furlongs.

Coming at the end of the flat season is the Racing Post Trophy, and forms a preview for the next season. There’s no strict dress code but it’s bound to be chilly so choose cosy, smart attire.

Racing fans can enjoy a day at the races throughout the whole year, from Boxing Day to midsummer and back again. If you’re concerned about what to wear, just remember to dress to impress and you’ll fit in perfectly.