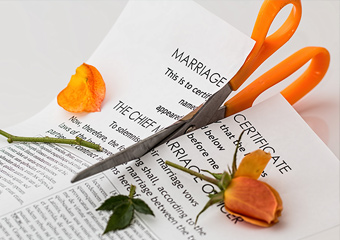 To have and to hold onto: the ins and outs of prenuptial agreements

Probably one of the most unromantic things to discuss before getting married is whether to draw up a prenuptial agreement. It’s a bit like health insurance: unpleasant and, hopefully, unnecessary but useful to have should the worst happen. 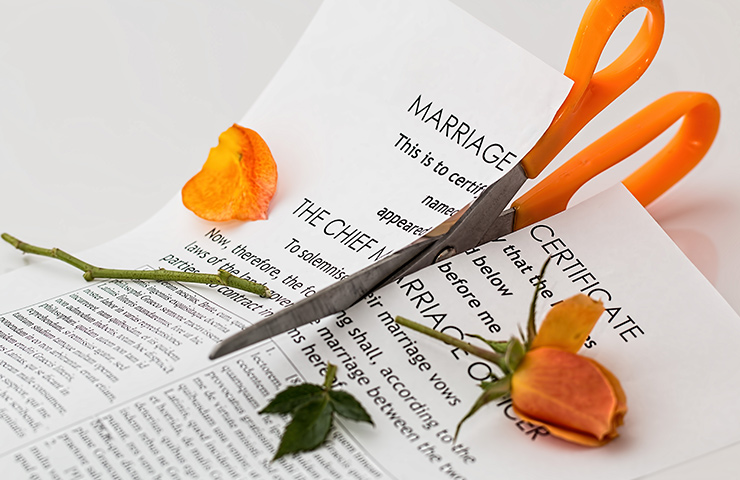 Money can be an emotive subject in a relationship, especially if the couple doesn’t share the same attitudes to spending and saving. It’s not something people care to look at while contemplating wedded bliss. However, going down the ‘prenup’ route gives a clear agreement that can lead to peace of mind for the couple.

One of the common misconceptions is that prenup agreements are only for the wealthy. Rich or poor, once you are married, all your assets are thrown into one financial pot. The aim of the prenup is to protect pre-marriage assets, inheritance or commitments to children from a previous marriage and avoid costly litigation over who gets what.

With about 50% of marriages ending in divorce in the UK and people wanting to protect their assets, it’s no wonder that prenuptial agreements are becoming more the norm. 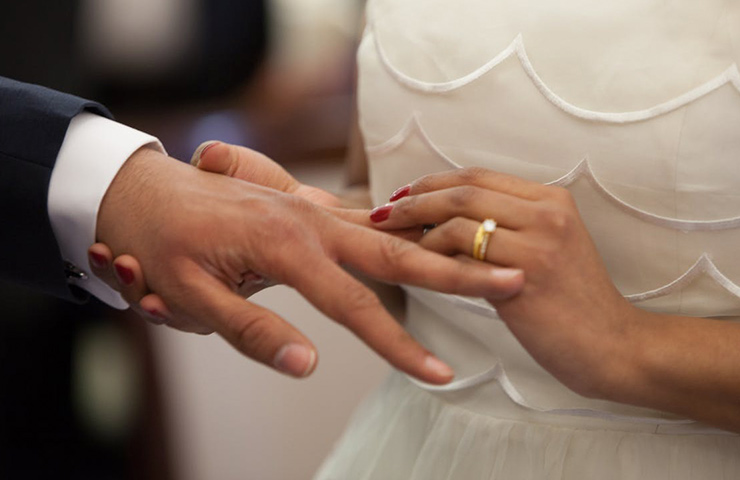 Who needs a prenup?

By deciding to draw up a prenuptial agreement with your partner, you avoid drawn-out disputes and intractable disagreements should the relationship end in divorce. However, it shouldn’t be seen as a negative thing – couples of all backgrounds can use a prenup for their own peace-of-mind, particularly when it comes to possessions that might be impossible to share or split. As mentioned, it certainly isn’t just for wealthy couples.

Perhaps you or your partner already have a child from a previous relationship or has experienced a negative financial outcome in a divorce. In this case, it’s only natural that they may want to choose where your money ends up, or how it will be inherited and have this agreed in writing before tying the knot.

There are many reasons why couples might think about a prenup:

Don’t leave it to the last minute

Although it may not be a priority whilst you are making wedding plans, the prenup agreement should be a priority and not left until the last minute. An agreement signed on the way to your stag or hen party is less likely to be upheld by the courts than one carefully thought through and signed a month or so before.

The formal legal requirement for prenuptial agreement dictates that they must be signed no less than 21 days before the day of marriage. Otherwise, they may not hold up in court, or at least hold less sway in the opinion of any decision maker. If you make your plans well in advance of your wedding day, you can create a satisfactory agreement for both you and your partner.

It’s important that both parties should seek legal advice individually to avoid any conflict of interest and ensure that neither feels that undue pressure was put on them to sign the agreement. It also means that the person with the most to lose understands the implications of the agreement they are about to sign.

Both of you will have to reveal everything financially before a solicitor draws up a clear and detailed agreement. A couple also needs to decide how they will deal with changes in circumstances during the marriage; for example, having children, becoming unemployed, inheritances and pensions. It is worth doing regular reviews and updates of the agreement during the marriage to make sure both parties are happy.

Legal experts advise against simply downloading a generic prenup agreement from the internet as everyone’s circumstances are different and no one form fits all. Off the shelf solutions like this are rarely suitable and it’s important to seek independent legal advice if you’re serious about drawing up a prenup.

Remember, while prenups are very persuasive and important, they aren’t always the final word in a divorce, and there is always the possibility they may be disregarded by a judge in family court. This might occur if the prenup is deemed to be unfair on one party, if the decision seemed to be too lightly taken or if it becomes apparent that undue pressure was put on one party to sign the agreement. It’s for this reason you should take the time to treat it with the seriousness it deserves and get the proper legal advice before drafting it up.

If you are taking on the responsibility of a prenuptial agreement and want to ensure your solicitor has all the information about your financial situation they need, you’ll need to take the time to get your affairs in order and source reliable paperwork so nothing’s left to chance. You must reveal anything that could stand in the way of a watertight agreement that will stand up in court, should another party dispute it. This means being completely transparent when it comes to all your assets and debts, income and expenditure. 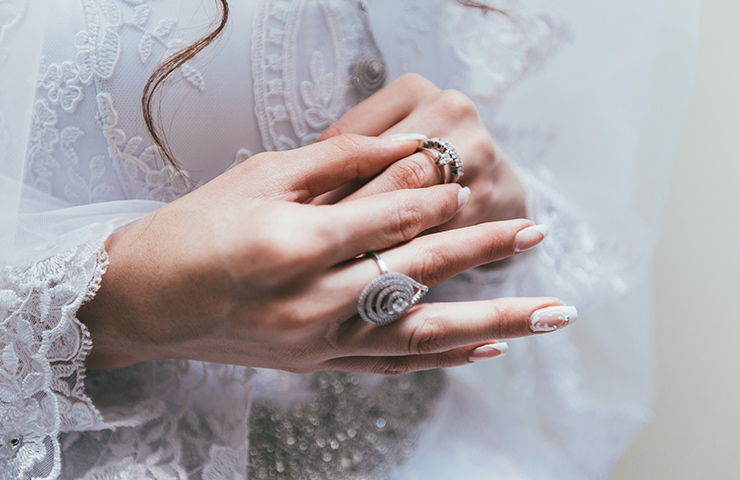 Don’t leave it until the last minute

While you are making wedding plans the prenup agreement should be a priority and not left until the last minute. An agreement signed on the way to your stag or hen party is less likely to be upheld by the courts than one carefully thought through and signed a month or so before. The legal requirement is that the agreement should be signed at least 21 days before the marriage.
The couple should individually seek legal advice to avoid any conflict of interest and ensure that neither feels that undue pressure was put on them to sign the agreement. It also means that the person with the most to lose understands the implications of the agreement they are about to sign.

Both of you will have to reveal everything financially before a solicitor draws up a clear and detailed agreement. A couple also needs to decide how they will deal with changes in circumstances during the marriage; for example, having children, becoming unemployed, inheritances and pensions. It is worth doing regular reviews and updates of the agreement during the marriage.

You must consider the kind of assets that will be seen as naturally yours or your partner’s, and those that cannot so easily be distinguished. If you have investments you’ve made before marriage, financial savings, inheritance or property, your agreement can be formed so that these will be ring-fenced and protected as yours in the case of divorce.

However, when it comes to assets such as your shared home, which you may have bought together or invested time and effort into separately, these cannot be so easily divided or simply given to one party or the other. Prenups that attempt to assign these shared assets to one party may well be dismissed by a court as unfair to one party. This is why it’s important to have a frank discussion to talk over these things before drafting a prenup, making sure you equitably negotiate the sharing of matrimonial assets.

It is vital to remember that a child can’t and never will be seen as an asset, nor can personal relationship issues form part of your contract. A prenup that attempts to dictate custody agreements might well be disregarded by a judge, as a court would not bind a child into an agreement that they were not a consenting party in. What’s more, they’ll see non-financial and emotive parts of the agreement as potential grounds to disregard the contract completely.

Although they only come into effect in the inevitably distressing and upsetting case of a divorce, you should try not to think of a prenuptial agreement negatively. However, if you understand that people’s attitudes to money differ and transparency in every marriage gives it more strength, it is clear the prenup is more like an insurance policy, securing both you and the one you love against the fallout from a messy and potentially expensive divorce.

There are no two ways about it – everyone’s circumstances are unique, so there’s no such thing as a one-size-fits-all prenup plan. As we’ve mentioned, you shouldn’t attempt to just download a template from the internet (although there are many out there).

Each partner should seek legal advice from separate lawyers – otherwise, there could be a possible conflict of interest. Your representatives and you will meet to properly and responsibly create a contract for the couple.

Independent and impartial legal advice may be more expensive but it will arm you both with all the facts and allow you to draft an agreement that is equitable and fair to both parties and will stand up in court. Make sure your chosen solicitor knows everything about your financial histories, dependents and debts, and together you can create a prenup that suits you and your partner.

The courts will always have the final say

It’s important to understand that the courts always have the final say. They do take prenuptial agreements seriously and see it as evidence of a couple’s intentions to one another if the relationship breaks up. As it stands in the UK, a prenuptial agreement does not carry the same weight as a court order and will not automatically be enforced by an English or Welsh court during divorce proceedings or a disagreement about splitting everything. One factor to bear in mind is that the length of the marriage plays a big part on whether or not the agreement remains enforceable.

It’s best not to think about a prenup negatively but look at the agreement as an insurance policy securing yourself against a potentially messy, if not expensive, divorce. With attitudes to marriage, relationships and tradition changing so quickly, it is a sensible and prudent decision for any couple to think about signing a prenuptial agreement with their fiance. Far from being negative, it should be seen as a truly equitable agreement, demonstrating you understand what is naturally theirs and they understand what is naturally yours.