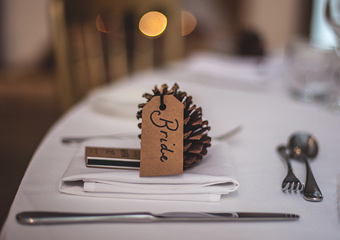 What’s in a name?

Do You Have To Change Your Surname When You Get Married?

Do you want to keep your surname? It’s something that more women are asking themselves before getting married, as the custom of a bride taking her husband’s surname doesn’t make sense to them. For independently-minded women, there are many reasons why they want to keep their name.

When I married 25 years ago, the idea of changing my maiden name felt like a complete disconnect from my identity, both professionally as a journalist and personally. I was proud of my maiden name and all its associations. Marriage was an opportunity to enhance the life I was living, not leave my old life behind. Keeping my maiden name also meant that my connection with my family remained intact. And besides, the ‘traditional’ option of taking my husband’s name was never on the cards. From feminist principles, I didn’t want to relinquish my identity for his and my husband fully supported my decision.

I did occasionally face criticism and was questioned why I had done it. ‘Are you ashamed to be married?’ I was once asked by a woman who was earwigging a conversation I was having about keeping my maiden name. Years later when my son came along and we became a family unit, we gave him both our surnames.

There’s no legal requirement to change your maiden name when you marry. More women are continuing with their maiden names, especially if they have established a professional reputation at work and don’t want to cause confusion by a name change. If you retain your maiden name, the only change is to one’s title, which becomes Ms and doesn’t indicate marital status.

So what are the options on the naming front and what’s involved legally?

It’s fairly straightforward for a bride to change her surname. Send your marriage certificate, with a covering letter explaining that you have taken your husband’s surname, to people who need to update their records on you. This will be accepted by all organisations including the Passport Office as a legal entitlement to a change of name. Certain authorities such as the DVLA will need to see an original marriage certificate. Try to organise more than one marriage certificate on the wedding day so that people can be notified of your name change quickly. 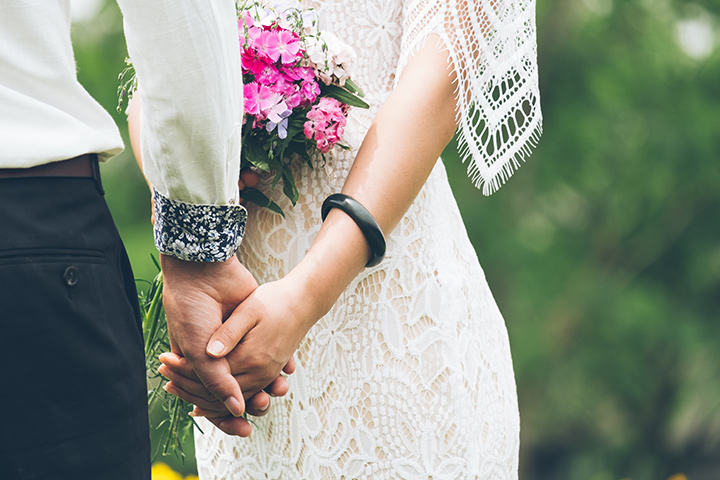 If brides choose this option they will need to apply to change their name by deed poll to have the woman’s maiden name incorporated in the new name. This will allow them to get their personal records changed to the new name, including the name on their passport.

Some women retain their maiden name at work but use their husband’s name for everything else. If that’s the case, you should let your employer know what you are doing and let them know in which name your bank account, National Insurance and tax records should be held in.

If the man takes the woman’s surname, the name has to be changed via deed poll.

Combining the bride and groom’s surnames in a double-barrelled name is becoming more common, although some people regard it as a bit pretentious. A double-barrelled name allows both people to keep links with their family name and recognise a change in their marital status. It also moves away from the traditional idea of the woman changing her name. Again, these changes have to be done using deed poll. The simplest way is for the man to change his surname by deed poll before the wedding to the double-barrelled version. After the wedding the wife can use her marriage certificate to get her records changed into her husband’s new name, which will avoid the need for two deed polls and keep the costs down.

A novel answer to the name dilemma is to create a new surname, which is called meshing. The idea of both couple’s surnames being ‘meshed’ to create a new one started in the United States. It avoids any disputes from deciding who takes whose surname and is particularly suitable if the two names don’t sound great as a double-barrelled version. Meshing surnames requires a deed poll.
Impossible to get everyone on board

There are women who jump at the chance to change their surname because they’ve had years of hating their maiden names for whatever reason.

I recently read about a couple who went one step further when they were searching for a family name for when their first baby arrived. They decided to keep their original surnames for work and adopt a new family name for their personal lives. They didn’t like their combined names and after much research and deliberation plumped for the name of a town in Africa where the woman’s husband had proposed to her. She gave this advice based on her experience: never tell people your name choices in advance, as it invites dialogue or consultation and it’s impossible to get everyone on board with your choice of name.